The Cuckoo Club is the premiere party place for your night. This luxurious venue is spread to two floors covering 5,000 square foot of stunning design, able to satisfy whatever mood you are in. The Cuckoo Club Guestlist caters to all walks of life, and has the perfect drink to match it. Whether you feel like dancing and enjoying music up on the second floor, or that chilled out vibe with that speak easy ambiance on the first, things can never go wrong in here at this fantastic venue. London Night Guide manages Cuckoo Club table reservations.

Cuckoo Club has been recently redesigned by Barbara Hulanicki, the infamous founder and interior designer of the iconic fashion house Biba. In line with this, enjoy the luxurious vibe of the venue while enjoying the eclectic beats by world-class DJs and famour celebrities.

The cocktails are also perfected beyond experience by Europe’s top mixologists, and you have to go taste the extensive cocktail list that they have to offer – to see for yourself. Make sure to check out the Cuckoo Club Drinks Menu so you can make the most out of your parties and celebrations.

Cuckoo Club guestlist truly sets the bar on how the London night scene should be, and is easily amongst the top venues in this side of the town. With a founding committee that boasts of being described by the influential Vogue List as “formidable”, expect that you will experience and unbridled night out in this fantastic party hotspot.

The club pays tribute to the rock classics as the resident DJs spins the most amazing tunes to jump start the party that will last all night. The glossy and eccentric pink and black color scheme of the interiors is an eye candy, and it truly compliments the type of music that is blasting through the speakers of this sought after venue. With the element of exclusivity of this venue, entrance to the Cuckoo Club guestlist is almost impossible unless you have an invitation or a member to vouch for you. Do not hesitate to contact us for a Cuckoo Club guestlist.

In order to get inside Cuckoo, you need to dress to impress so make sure you check out the Cuckoo Club Dress Code. Gate will refuse entry if you are deemed not following the dress code. 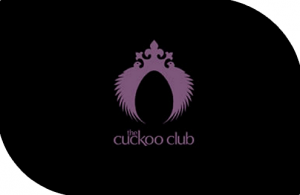