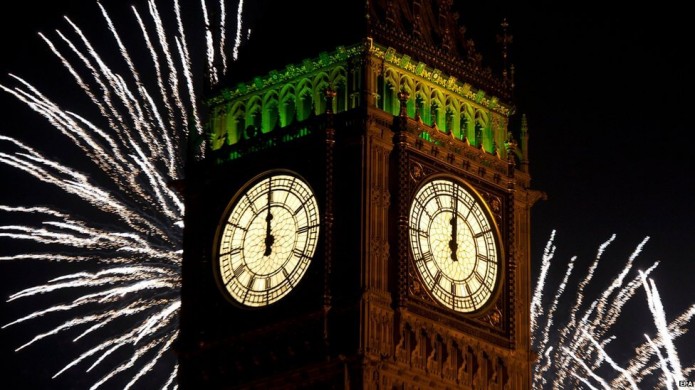 It’s time to bid 2014 farewell and welcome 2015 with a bang. Leave all the negativity in the year that has been and open your doors with great possibilities for this new year to come. We couldn’t think of any other way how UK will get it done but a London 2015 fireworks show that exceeded everyone’s expectations! Thousands of thousands of people across the UK to watched the London New Year’s Eve fireworks to herald the start of 2015!

The first ticketed new year’s display were surrounded by around 100,000 revellers who paid £10 to cover the costs in River Thames in London. Also, it was reported that there were huge crowds who were in the streets of Edinburgh and across Scotland for Hogmanay celebrations. To welcome 2015, celebrations were held across the world with fireworks displays in a host of major cities. Back to London, a crew of more than 300 set off 12,000 fireworks as part of the annual display. The display was counted in by a 10-minute digital countdown on the western facade of The Shard – the central London skyscraper – followed by lighting comprised of searchlights, strobes and a 2015 numeric graphic.