The Kitsch Nightclub in West London may have only been added to London night life, just over a year, but it has already become one of the hottest nightclubs in London with scores of celebrities and millionaires descending upon the club each and every night that it is home. This is the place to be seen.

The Kitsch Nightclub, located in Mayfair, has become known as one of the most exclusive clubs in London. However, it is one of only a few of the ‘exclusive’ ones which does not actually require membership. You just have to queue up well in advance to ensure that you are going to be able to enter it.

The nightclub plays host to some of the best DJs in the world with absolutely sublime house and dance music being pumped out each and every time the club is open. The club itself is actually fairly small. This creates a tremendous atmosphere (the small clubs are always the best). The only problem is that it is going to fill up VERY quickly. This is in part down to the fact that not only is the music brilliant, but the drinks affordable, and the service sublime. This is just a new club on the scene so as more people start to discover it there is a massive chance you will see queues around the corner with people just itching to get in there…particularly as more people sign up to become members.

If you wish to guarantee entry to Kitsch, and there is no reason why you would not want to, then it is suggested that you get on the guest list for one of London’s best nightclubs as far in advance as possible. With the top music on offer in this Mayfair location it becomes crowded pretty quickly. You really don’t want to avoid disappointment. 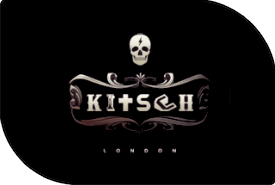